Our Village Hall can be booked for wedding receptions, family parties. Community meetings, coffee mornings and get togethers.

The church building which fronts our village hall to-day was built by the Free Church of Scotland in 1853 and on 18th November 1898. A feu Charter by William Henry Walker His Grace The Duke of Buccleuch was written in favour of The Trustees of the Newcastleton Free Church granting them the ground which the village hall stands on today. On the 15th August 1908 the church was taken over by the Church of Scotland under the 1905 Churches Scotland act.

An extract from The DISPOSITION by the Rev ALAN M CRAIG (as trustee in favour of TRUSTEES FOR THE COMMUNITY OF THE PARISH OF CASTLETON 10th September 1949) : The Reverend ALAN McDONALD CRAIG, M.A. manse of Castleton Newcastleton Minister and Session Clerk of the Church of Scotland congregation Castleton formerly known as the free Church of Scotland congregation Newcastleton and thereafter as the Newcastleton North United Free Church of Scotland congregation and as such Minister and Session clerk ( there being no longer a clerk of the Deacons’ Court of the congregation owing to the Deacons’ Court having ceased to exist) sole trustee for the said congregation: CONSIDERING that I am vested as trustee foresaid in the subjects hereinafter disponed in virtue of an order of allocation by the commissioners under the churches ( Scotland ) act 1905, dated fourth and recorded in the division of the General register of Sasines for the county of Roxburgh on the fifteenth both days of August Nineteen hundred and eight; FURTHER CONSIDERING that it has been arranged with the approval of the said congregation and with the sanction of the commission of the General Assembly of the Church of Scotland that the said subjects should be made over to the Trustees and for the purpose after mentioned, THEREFORE, I, as Trustee foresaid, DO HEREBY but without any price or other consideration being paid to me therefore DISPONE to and in favour of myself as Minister of the parish of Castleton, ANDREW MOSS HOBKIRK, B.Sc., the School House, Newcastleton, Schoolmaster of Newcastleton Public School, JAMES PRINGLE LEARMONTH, Justice of the Peace The Bank House Manager of the British Linen Bank Newcastleton, DAVID OLIVER, South Hermitage Newcastleton, Councillor representing the village of Newcastleton on the County Council of Roxburghshire, the said DAVID OLIVER,as Chairman, the said ANDREW MOSS HOBKIRK as Secretary, and the said JAMES PRINGLE LEARMONTH as Treasurer, all of the Newcastleton Village Hall Management Committee and to their successors in the foresaid respective offices of Minister, SCHOOLMASTER, BANK MANAGER and COUNTY COUNCILOR and CHAIRMAN SECRETARY and TREASURER of the said committee, all as TRUSTEES ex-officiis for the Community of the Parish of Castleton to be held in trust by them and their foresaid for the use of the Community of the Parish of Castleton in all time coming except in the event of reversion as aftermentioned the hall will be known as the ALEXANDER LOWE HALL.

On the 9th January 1956 A Minute of Waver by The Buccleuch Estates Ltd in Favour of The Trustees for the Community of the Parish of Castleton.

On the 14th February 1956 A Deed of Trust was written by The Trustees for the Newcastleton village Hall setting out the halls constitution.

The extension of the village hall was built by public subscription in 1956. 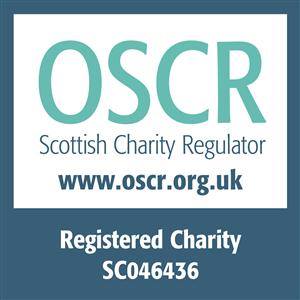 The Village Hall and Function Room is available to let for events and functions by anyone without distinction of sex or of political, religious or other opinions.