The Border landscape is rich and varied, its history long and turbulent. From the arrival of the Romans in the 1st century, through early Christian warfare, with the invasion of the Normans and the long conflict between English and Scots, the Border was the scene of perpetual strife.

Liddesdale lies at the heart of what was once, a frontier zone and borders the Debatable Land, where raid and counter raid took place and rival factions clashed in hill and dale. The history of the area and the Border Reivers can be found in the ruined towers and castles and ancient monuments, and in the remains of hill-farms and cottages.

Traditions are kept alive through ballad and verse which re-tell stories of spur, spear and snaffle and the famous families of Elliot, Armstrong, Nixon and Crozier.

Today the people are friendly and the welcome is warm.

Named Newcastleton after the parish and old settlement of Castleton. The village is also known as Copshaw Holm or locally ‘The Holm’ after the name of the lands on which it was built. The Village was founded in 1793 by the Duke of Buccluech following a request by the people of the valley to create a centre which would be similar to nearby settlements already established for the weaving trade.

In addition to weavers it became inhabited by trades like farmers, carpenters, tailors, shoe makers and cloggers. The present layout of the village has seen little alteration since it was built. The arrival of the railway in the late 1800s opened up communication and contacts with the outside world, and the development of forestry created new industry. Today stock rearing continues and alternative small industries are encouraged to develop.

Our famous landmark is Hermitage Castle – The seat of the ‘Keeper of Liddesdale’, the king’s local representative.

In 1566 James Hepburn, the Fourth Earl of Bothwell, lay wounded in this remote stronghold after a local skirmish. He was visited by Mary, Queen of Scots, who rode over the wild and dangerous hills from Jedburgh and back in one day, a distance of about 40 miles. Exhausted when she returned, she lay in a fever for some weeks in a house in Jedburgh, now known as Mary, Queen of Scots House, until she recovered.

Annual events such as the local agricultural show and the traditional music festival have taken over from the old hiring fairs once held in Douglas Square. The story of the village and its people is an interesting one and a visit to the local Liddesdale Heritage Centre (open Easter through September from 1.30-4.30, except Tuesdays) and the Armstrong Trust (based in Langholm) will provide further information on the history of the area.

Literature and leaflets are available at the Heritage Centre.

Today the lands are peaceful surrounding Newcastleton, Langholm and Hawick, but five hundred years ago the Border was infamous for its savage warring families who fought and foraged for generations across the valley and moors.

They were known as the Border Reivers and they created fear and terror amongst the local population during the time when the hills echoed to the sound of steel and horse.

The word ‘reive’ means to steal; from this came the word ‘bereaved.’

The best way to understand its history and see its famous sites is to follow the Reivers Trail or visit the Newcastleton Heritage Centre, where you can wander around images of the past, see this years special exhibition or trace your family history.

The Elliots have existed as a Clan with a recognised Chief at least since the time of King Robert the Bruce (1306 – 1329) to the present day.

Before the Union of the Crowns in 1603, they held that part of the frontier with England known as “The Middle March” – their chief usually being appointed Captain of Hermitage Castle in Liddesdale and they became famous as one of the great “riding” clans of the Scottish Borders.

From “Scottish Clans and Tartans”

The Elliots were a famous, indeed notorious, Border clan, like the Armstrongs. Their territory was around Upper Liddesdale, where they conducted their more or less profitable banditry for many centuries. The principal family in the early days was the Eliotts of Redheugh, who often held the captaincy of Hermitage Castle – still to be seen, squat and impregnable, on the moors south of Hawick.

From “Scotland and her Tartans”

The Elliots, with the Armstrongs, were the most troublesome of the great Scottish Border families in the Middle Ages, the Redheugh branch being regarded as the most influential of them.

In the modern world, the Elliots have prospered and the Clan is now widely spread throughout the world, often found with different spellings: Elliot, Elliott and Eliott.

For more information on the Elliot Clan, go to www.elliotclan.com or contact Margaret Eliott on : 01387 375213

This tapestry tells the village history. Every square represents an event or a location which characterises our village. It is well worth the while to take a few minutes and read all the squares – when you finish you will understand much more about how Newcastleton evolved.

As a member of the Liddesdale Heritage Association and a former needlework teacher, Jean Elliot was asked to organise and embroider a wall hanging to commemorate the 200 year history and interests of Newcastleton. Work began in 1991 when a list of subjects was drawn up by the Heritage Committee and a meeting of needlewomen and artistic people in the village and neighbourhood took place.

The enthusiasm and interest was terrific. After several meetings discussing designs, finance, materials, etc, twenty eight ladies and one gentleman began. After 2 years and millions of stitches the 36 squares are completed and framed by Ken Taylor and Stewart Inglis. The overall size is 6′ x 5′. The work is of a very high standard and is quite beautiful. Professional designers were not employed and the simplistic nature of the designs gives it a rustic charm.

The following pages illustrate the squares that make up the overall tapestry which can be seen in all its glory at the Heritage Centre in the village.

Open Good Friday to 31st October daily from 1.30-4.30pm, except Tuesdays. Private viewings can be arranged. For further information contact the Chairperson on 013873 75756. 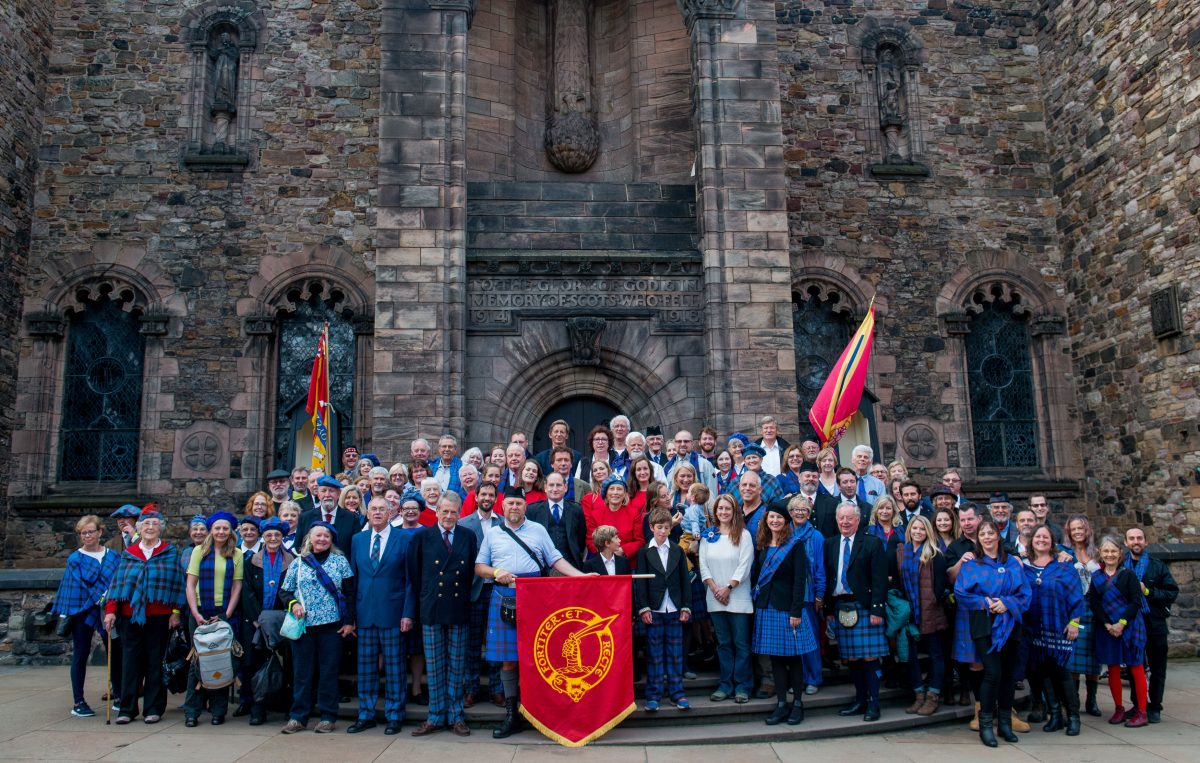 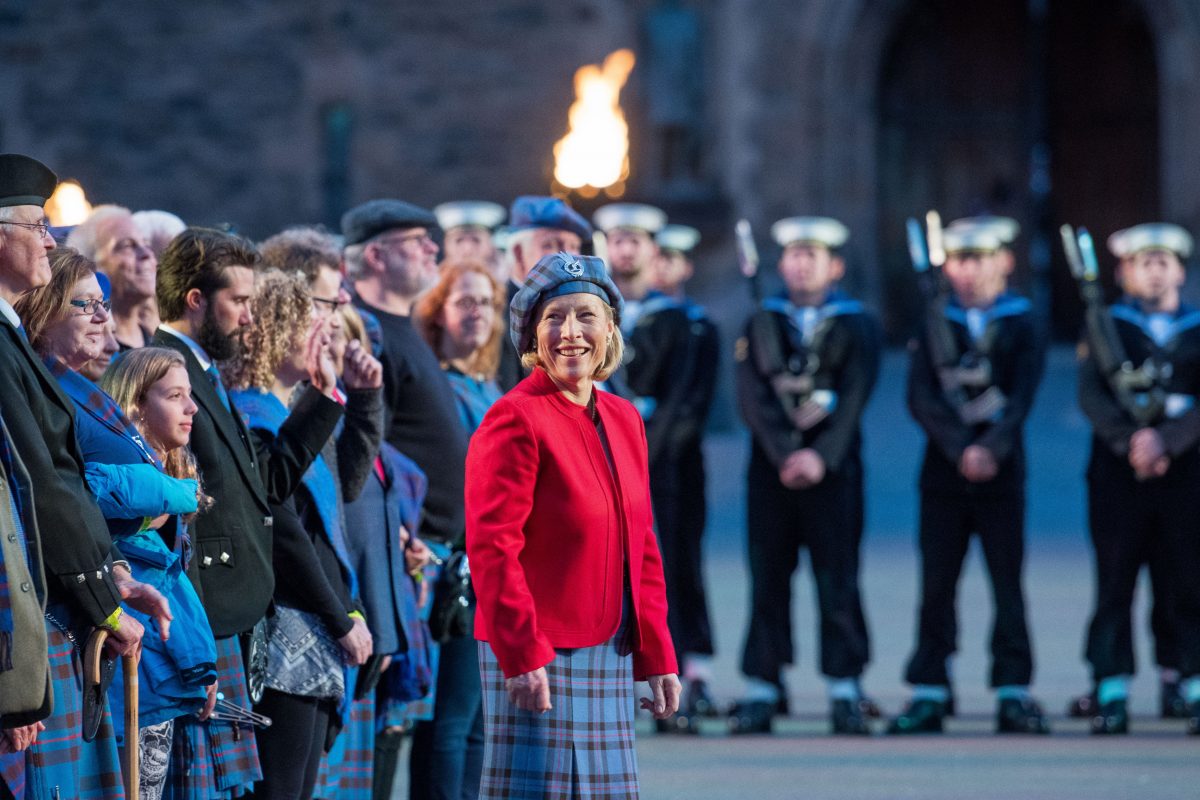 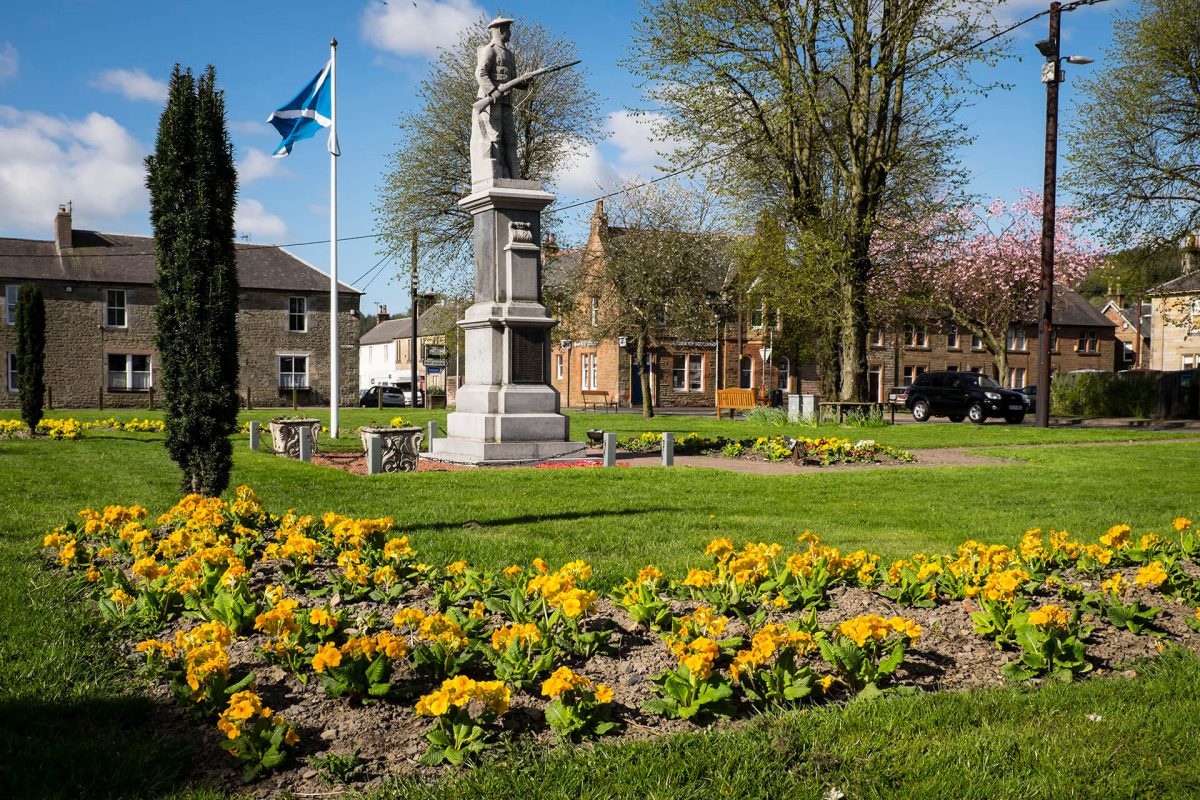 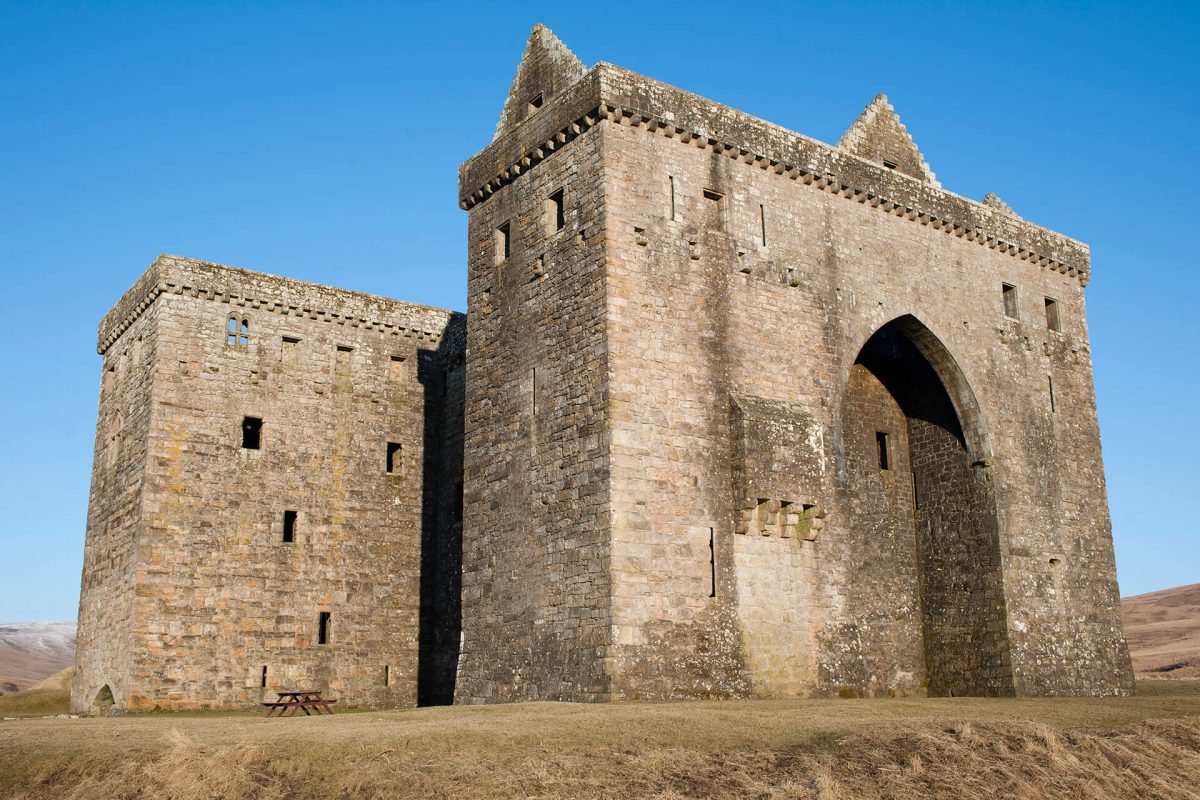 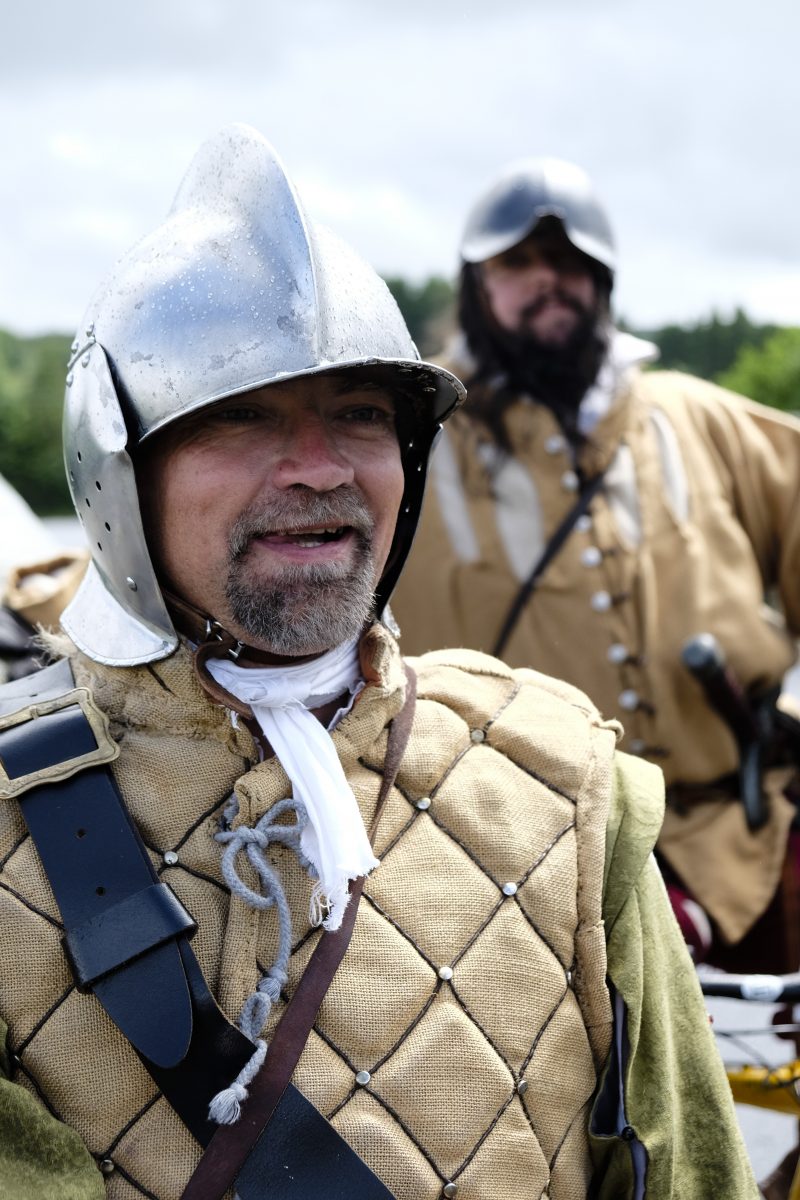 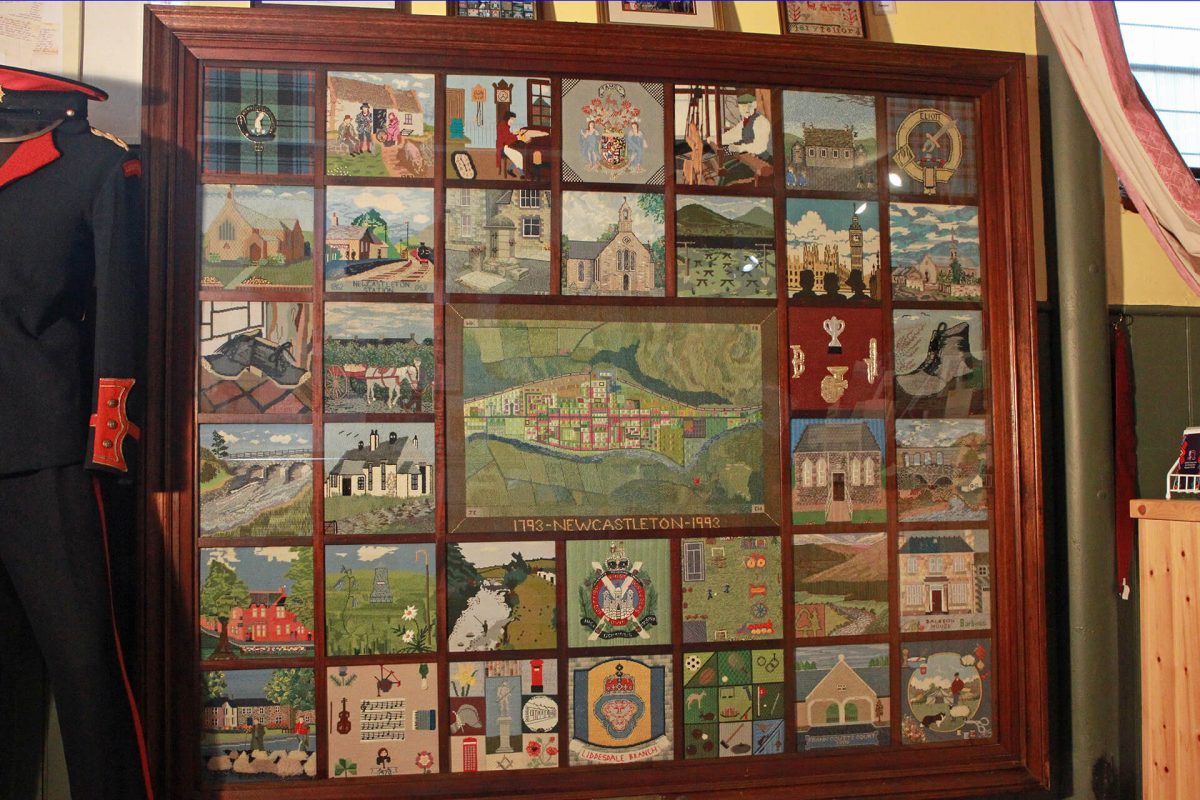 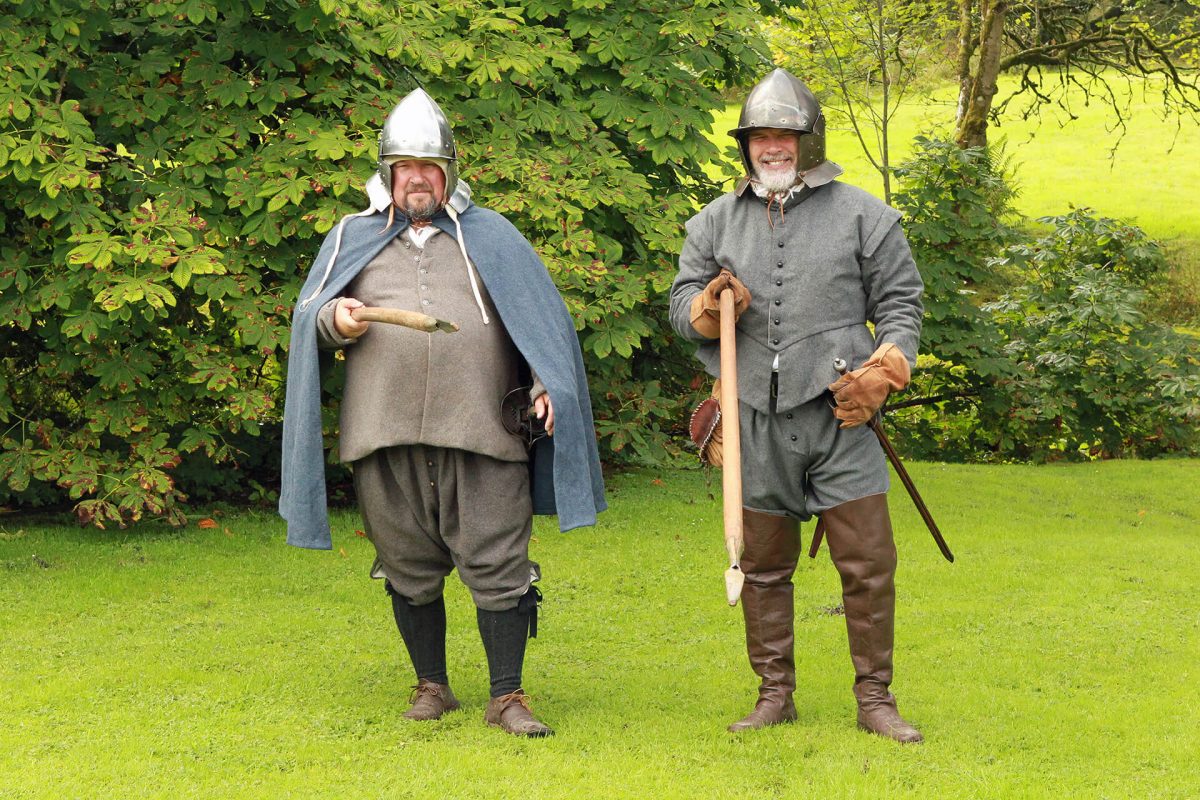 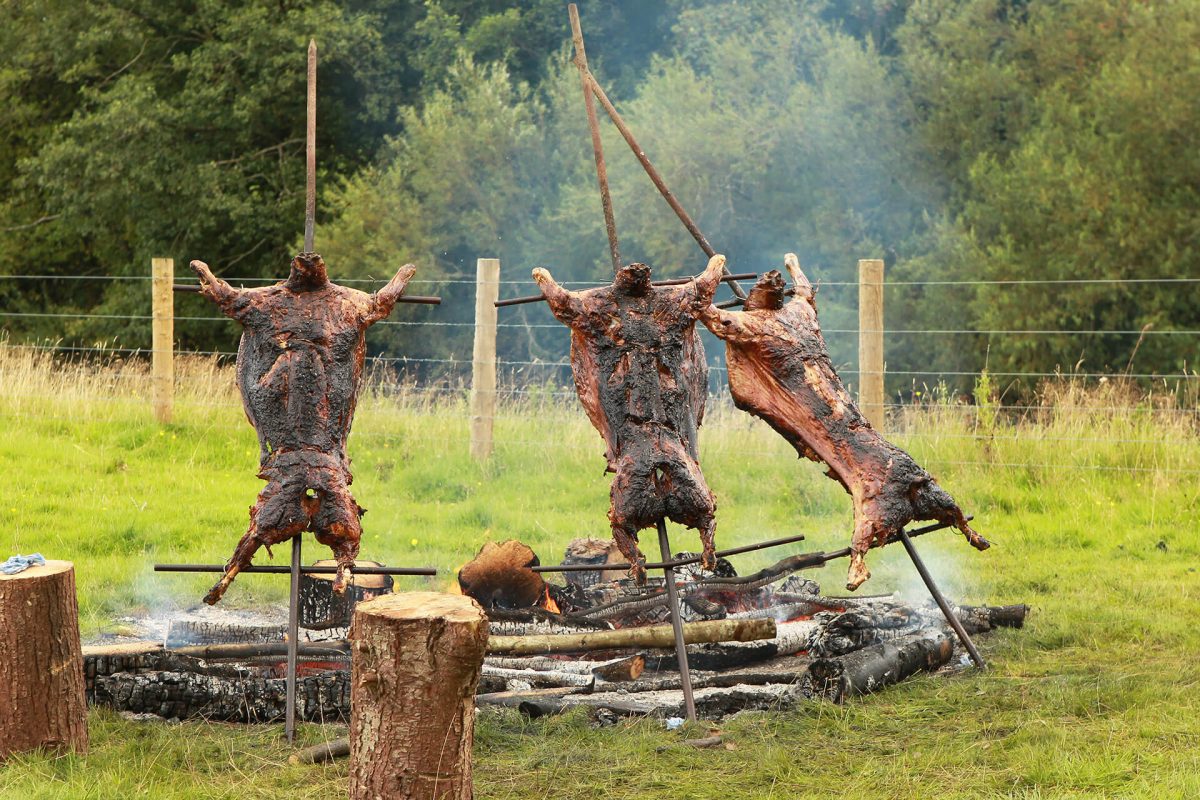 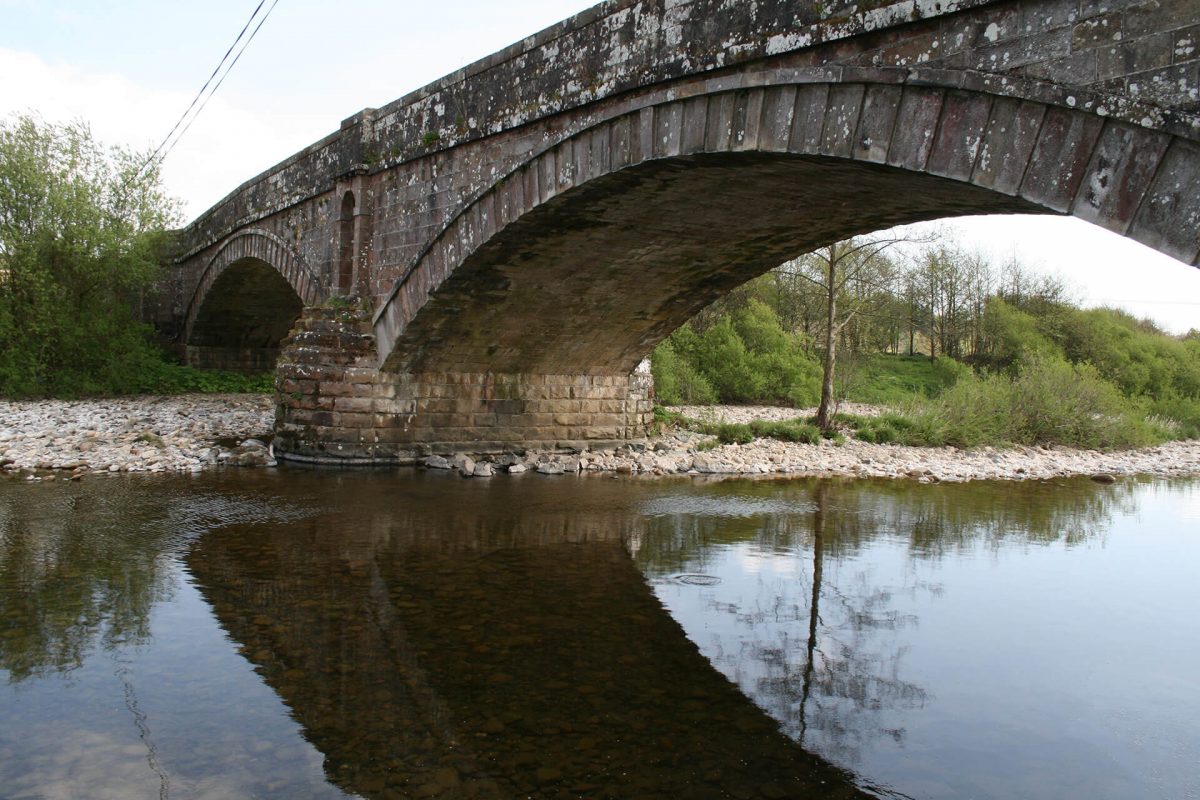